Paintball fans know that there is a great deal more to their hobby than simply splashing opponents with paint. Those who participate in scenario paintball are participating in a complicated activity that can go on for days. And an activity that requires special and detailed planning requires a specific type of gun, as well. Below are reviews of some of the best scenario paintball guns currently on the market. Criteria considered in selecting these choices included reliability, durability, ease of use, safety, and price. Read on to learn more about your best options for the next scenario event. 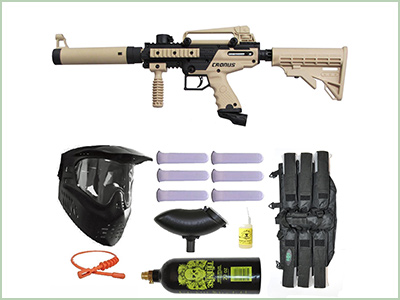 A popular choice for best scenario paint ball gun, this product from manufacturer Ultimate Paintball offers not just a reliable and accurate gun. Its accompanying accessories include a full mask with a anti fogging visor, a harness, and paintball and cleaning equipment. This includes tubes, oil, and a squeegee, all designed to hold up for extended periods in the field. The gun itself is considered “a semi-automatic”, as it can be calibrated to shoot at a rate of 350 feet per second.

Most “family friendly” paintball parks limit shooting rates to 250-300 per second, but as the Tippmann Cronus can easily be adjusted to a rate of 280-300 per second, this is a gun that can be used in a wide variety of settings. The product comes with a complete accessory package that comprises a good introductory kit for beginners, and the weapon design lends itself easily to upgrades. Complaints about the weapon are limited and include gun weight and the occasional substitution of accessory items. 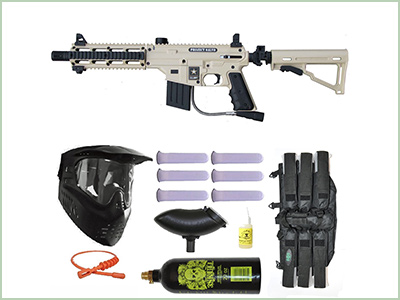 A good choice for war games in either park or “back country” settings, the Salvo Mega Set includes a non fogging visor, heavy duty harness, CO2 tank, tubes, oil, and squeegee. The gun lends itself well to muzzle adaptations, and works effectively with sights. The gun’s magazine can double as a tool kit, and recent upgrades include an electronic trigger and a response triggering system. It also features side rails that are nearly a foot long in length. The Salvo is compatible with most standard paintball ammunition and equipment. Users like its stability, durability, and light weight. There have been a number of user complaints about its accessory package, mainly concerning visor fogging. 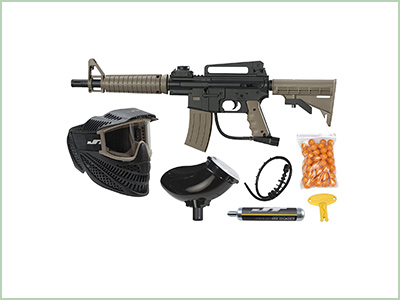 For paintball users looking for a sturdy, dependable paintball gun that’s easy to transport, this JT Sports product might fit the bill. The gun itself is lightweight and light on frills, though its accompanying kit has some extras including an adapter for compressed air and a supply of extra paintballs. This is a fairly basic best scenario paintball gun. But it is a largely problem free one, seldom experiencing issues such as ammo chopping and gun jamming. The gun generally and accurately fires ammunition at a rate of 275-280 feet per second.

The gun works well with various types of sights, but otherwise is not intended to be modified. The product’s kit is complete and offers all accessories necessary for beginners. Although this is considered one of the lighter scenario paintball guns there have been some weight complaints, but this appears to be occurring mainly when attachments are added. There have been some isolated complaints concerning breakage and CO2 leakage. The overall consensus is that this is a good basic gun for a relatively low price. 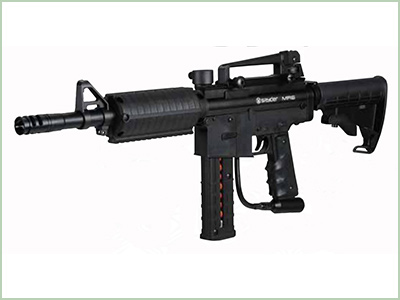 While this scenario paintball gun lacks a kit, it does feature a spare magazine. It also gives players the ammunition feed option of a top seated loader or a bottom located magazine. Both the marker and stock on this gun can be removed and exchanged. However, this gun’s barrel threads are designed to be used with its factory designed barrel only. Swapping and substitutions are not recommended. This gun fires both standard and First Strike ammunition rounds. The Spyder gets high marks for ease of use and maintenance. There have been some complaints of paintball chopping and jamming in the gun, but this can be avoided by using harder shelled (“graffiti”) paintballs. 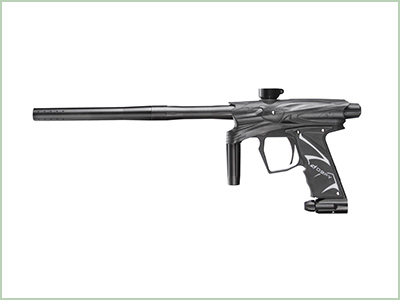 One of the most popular models reviewed here, this product is also one of the most expensive. Its price tag includes no accessories or extras. And while all users may be attracted to its electronics and multiple firing modes, this is most definitely not a gun well suited to beginners. However, tournament participants and users in extreme field events will appreciate the D3FY’s:

It should again be stressed that this is not a product for inexperienced or casual users. The product must be programmed in order to be used, and some users find it challenging to set up. Finally, while one of this product’s selling points is its lack of ammo chopping and jamming, some users report issues here while making straight on shots. 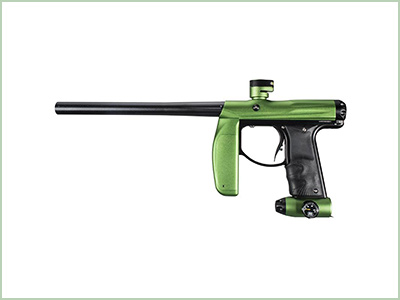 When considering choices for the best scenario paintball gun, it doesn’t hurt to ask oneself what professional level players prefer. After all, their need for quick adjustments and simple maintenance needs serves amateur scenario gamesters as well. Many professional paintball players like products offered by Empire. And its Axe paintball marker is especially popular for its various firing options, accuracy, and low maintenance needs. This product also offers an attachment feature that makes it easy to exchange canisters. And unlike similar high end products, the Axe requires no involved set up before use. Users report equally good results whether firing it at tournaments or field events.

While this model is not difficult to use, it’s probably more of a paintball gun than beginning users need. Users are also warned that combining high end models like this one and “economy” paintballs are a bad idea that can lead to ammo chopping and jamming. This particular product is the most overall problem free one reviewed here. For further details, check out our Empire Axe review.

Our best scenario paintball gun list candidates are fairly similar in terms of quality, safety, durability, and in most cases, price. Considering all of these factors, our first place selection is the Tippmann Cronus Tactical Paintball Gun for its ease of use and maintenance, manufacturer reputation, and price. Do you agree or disagree with this list? Do you have other recommendations? Share them in our comments section.