Paintball is a sport played by some people professionally while others do it for fun. It requires specially designed guns like the GoG eXCTCy. The marker is designed for players who want to use modern technology when playing paintball without having to spend a fortune.

The GoG eXCTCy fires shots at an excellent speed, a feature that most players look for. It also has a unique feed-neck position. This article discusses the various features of the GoG eXCTCy that makes it stand out. 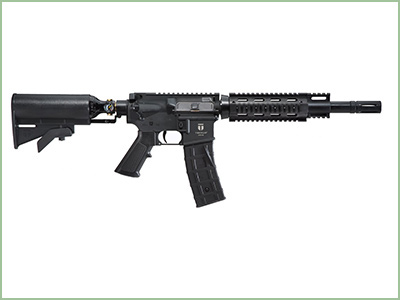 Most sports require the use of props that are easy to work with. The purpose here is to prevent players from getting tired too fast due to the weight of the tools they use and also avoid unnecessary injuries that may be brought about by exerting too much pressure on one particular point or part of the body.

Despite its outward appearance, this specific gun is light. Its users can carry it around for hours without feeling like it is weighing them down or slowing down their performance. The gun’s weight makes it ideal for playing long hours in the field, and it is also fitting to be used by anyone; from beginners to professionals.

Paintball relies on a player’s concentration capacity, and the efficiency of the gun they are using. One of the critical features that the marker used must possess is high firepower. The speed at which a single pellet is shot must be fast, and the gun must also be able to shoot multiple pellets at a go.

The shooting power is essential because both opposing sides are trying to get rid of their opponents, so they must be able to do so at a rapid rate. The GoG eXCTCy is capable of releasing more than twenty balls in a second. The firepower makes the gun ideal for professionals who are competing against each other. If both sides have enough experience, this prop is perfect for a serious firefight.

All paintball guns depend on a source of power, which is usually a battery. It has to be charged to full capacity before any game to avoid inconveniences that may arise due to power running out. The gun must, therefore, be capable of holding enough power that will last an entire game.

The GoG eXCTCy gun has a nine-volt battery. A fresh battery is expected to fire at least twenty thousand shots before it gets drained. The battery capacity can last more than one game, and it makes it ideal for professional players because their games usually last much longer.

The flexibility of a paintball gun trigger is another significant feature to look at before making a choice. It has to be flexible enough for the user to optimize his or her skills. The trigger must neither be too swift or too rigid for the user.

This gun’s trigger has three adjustable points. Each point has a different firing mode, and it is up to the player to select one that suits them. It also has to be ideal for a particular game level. The adjustable trigger gives a player the power to choose what suits them best and boost their confidence during a game.

Human eyes are sensitive parts of a body that needs to be protected when participating in a sport like paintball. The dye in the pellets is made up of chemicals that must not come into contact with the eyes because they may cause some damage.

The GoG eXCTCy comes with anti-chop eyes. They hardly require any cleaning during a game but in case one needs to clean them, they can be removed and cleaned easily. These anti-chop eyes enable one to concentrate on the game with minimal interruptions.

The GoG eXCTCy gun’s outer part is made of aluminum. This gives it good looks and makes it feel firm in the hands of a player. Although the barrel is short, it has two long handles and fully clasped grips that allow the user to have firm control over the marker regardless of the game situation. With such features, the gun feels comfortable in the hands of players. It not only improves the efficiency of users but also makes the game fun for all players.

It is up to the player to decide on the shooting power they want to use. At full power capacity, the gun can release more than twenty shots per second. The trigger, however, has adjustable points that enable a user to select their preferred power fire capacity. It is normal for players to start at the lowest capacity then gradually increase the power as the game escalates. The shooting speed is, however, fast regardless of the selected mode.

The gun has upgradable parts that can be purchased online at a well-known store. It is advisable to do extensive research on upgrades before settling on one to avoid any disappointments.

It also comes with accessories such as an allen key that is used for its disassembly, an attractive case for storing the gun, and anti-chop eyes that protect the eyes during games.

The GoG eXCTCy is an efficient gun with so many desirable qualities that make it ideal for playing paintball. Although professionals find it easy to use, newbies may require a bit of training for them to master how all the parts function.