The JT impulse was more popular in the early 2,000s, but more paintball guns were introduced in the market, thus increasing competition. The gun was updated and new features added to it, making it again the most preferred gun in the paintball competitions. What attracts most people to it is its quality. It feels firm in the hands, and the trigger moves smoothly without exerting too much pressure on it. 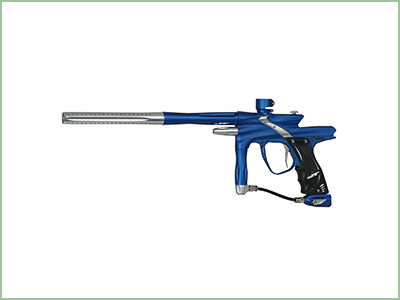 Shooting balls require maximum concentration. Everything around the players has to feel natural. The gun is most preferred in the paintball sport because of its known grips. Many of those who have used it describe it as slim and contoured. It was made to fit into a human’s hand, hence players feel comfortable while holding it.

Different players have varying needs when it comes to the sensitivity of the trigger. There are those who prefer it to move at the slightest touch while others prefer to shoot by pulling the trigger with some force.

The JT Impulse comes with an adjustable magnetic trigger, which players can move around and adjust the sensitivity to their liking. It works in favor of all players as no one will complain about the trigger being too sensitive or too rigid.

It has a bright and easy to use OLED display that enables users to see their fire rate and also select whichever playing mode suits them best. The display is bright enough and can be used even under harsh sunlight. The gun, therefore, is the best option for those who prefer to play paintball out in the sun.

The JT Impulse gun looks heavy, but it is very light. One can carry it for hours without getting tired, and it makes concentrating on the game pretty easy. The barrel is also very light and does not rise much when fired, making it ideal for playing.

The purpose of a gun is fire exactly where it is aimed and at the fastest speed possible before the target moves. The JT Impulse is most suitable for paintball players because it is both efficient and fast.

It is sturdy and feels solid when held, giving players confidence when using it. The JT Impulse has a grip that is slim and comfortable to use, making the gun suitable to use. In addition to this, the gun is light, hence convenient to carry around.

The JT Impulse has a powerful shot. Its OLED enables players to focus and hence, aim at their target perfectly. The first shot can be too loud at for beginners, but continuous practice eventually makes it normal. The gun is capable of releasing multiple shots very fast because of its sensitive trigger, making it possible to eliminate more opponents in a matter of minutes.

The gun’s power is magnificent. The OLED light enhances concentration and enables players to keenly focus on their target and also determine which mode will fire fastest. Once the pattern has been identified, one can be able to aim at their target and pull the trigger first enough.

The shots are released quietly and very fast. It fires twelve pods in one fill at a pace that does not flatter. There is also no recoil kickbacks when the trigger is pulled, enabling a player to take out opponents efficiently. For beginners, it is important to receive adequate training before handling a JT Impulse. Focus and patience are required when using this gun, so a beginner must fast and master these skills before they can be able to use it unsupervised. Frequent training is also necessary for one to be an expert at using the JT Impulse.

There are numerous accessories and upgrade parts available in the market. The key here is ensuring an accessory or upgrade matches your JT Impulse. Extensive research comes in here. Look up the upgrades that precisely suit your gun and compare them before settling on one. The other way you can do this is by taking your JT Impulse with you when going to buy these parts. The people who sell them are usually experts and will advise you accordingly.

Based on all the above facts, the JT Impulse is the best gun to use in paintball. The efficiency and speed enable players to eliminate their opponents very fast, while its grip makes it very comfortable to use in the field. One can also upgrade their gun without having to buy a new one. It simply requires him or her to purchase accessories and upgrade parts to make the JT Impulse updated.

I would recommend it to anyone who is interested in playing paintball like a pro. It is light and shoots very fast, giving players an upper hand over their opponents if the latter are using a different type of paintball gun.