Like the traditional game of paintball, speedball is a sport where two teams play against each other in a competition to gain the most points. Unlike traditional paintball, speedball is played on a much smaller field with restrictive movements. The guns used during the game are typically designed to be much smaller with marker fires up to 10.2 bps. Speedball guns are continually changing, with improved technology and design that ensures the best and most accurate shot possible. This list is composed of the best speedball guns on the market based on customer ratings. Through this article, we will examine each gun by style, size, price, and quality so you can rest assured knowing you will find the perfect gun for your budget. 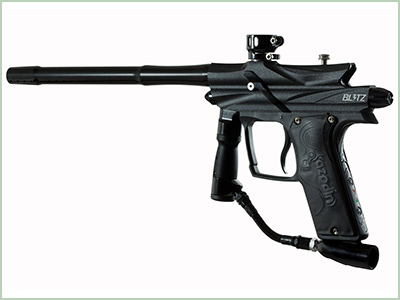 This black on black gun by Azodin is lightweight and easy to carry. This gun is extremely user-friendly and is equipped with a new feather regulator that ensures proper firing. This gun is one of the lightest and most rugged produced by Azodin. The compact regulator and screw-lock feed neck help ensure smooth operation every time.

This gun is rated 3.5 stars out of five by users based on the new streamlined design and durable construction. One of the biggest problems users had with this gun is learning how it works initially. Once they figured out the different mechanisms, they had no issues with it. 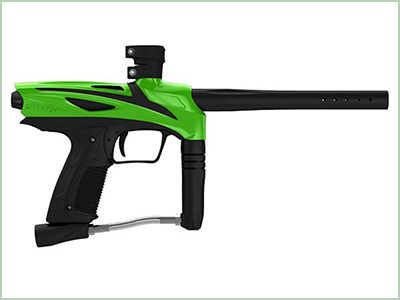 This paintball gun by GOG has a true Pneumatic design with no sear or metal-on-metal wear. There are no batteries in this gun, and it continually runs at 160psi. Rated at 3.6 out of 5 stars, this gun is stylish, containing machined aluminum under a shell made of durable polymer.

Some users experience feed neck issues after a few uses, but these guns typically come with spare parts that will get you back on the field in no time. 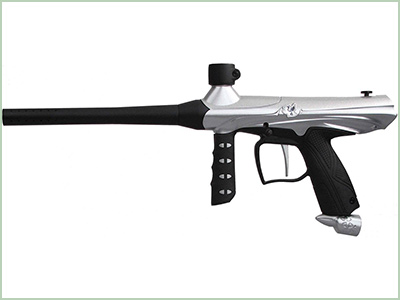 This stylish gun by Tippman is stylish and durable. The bolt system is extremely reliable and the center feed design ensures a direct hit at your target each and every use. The body is rigid and ergonomically designed with composite material and a solid metal internal structure.

Users rate this gun at 3.9 out of 5 stars due to its sleek design, powerful shot, and reliability. This is a solid gun for the price, ranking in as one of the most affordable guns on the market. However, some users were displeased that this gun does not have a solenoid and you cannot upgrade the internal structure. For more information, take a look at our full Tippmann Gryphon review. 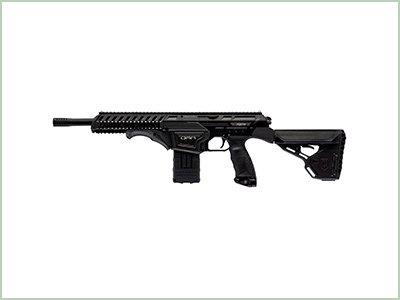 This assault matrix by Dye is by far one of the more pricier options for a gun on the market. This gun allows you to switch the magazine system to a Loader Fed system with the flip of a switch.

Ranked at 3.9 out of 5 stars, this gun offers a three round burst, a fully automatic mode, and a semi-auto mode, allowing you to customize the speed of fire. This gun is made with extremely good craftsmanship, which is to be expected for the price. The fact that you can switch to different modes mid-game allows you to shoot up to 40 yards further. For the price, some users were still dissatisfied with the shooting rate, but this is generally an extremely reliable gun with an impeccable performance. 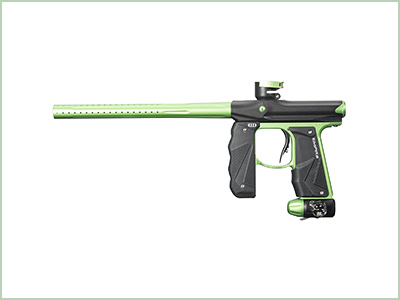 This mini paintball market by Empire is available in six different colors, allowing you to find the perfect gun to blend into your surroundings. Rated at 4.1 out of 5 stars, users appreciate the weatherized board and housing this gun contains. The microswitch activated trigger makes firing a breeze, which is extremely important when you are out on the field. The newly designed rubber grips make this gun comfortable and easy to carry.

Although this gun is extremely reliable and well-built, it is a pricier option that doesn’t offer a whole lot of advanced features. 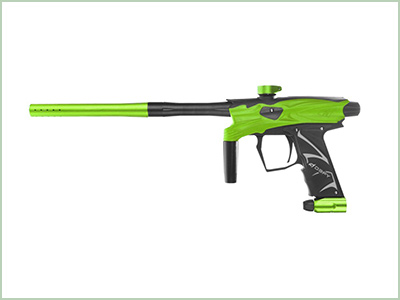 D3FY Sports presents this stylish D3S paintball gun for speedball in six colors, all equipped with an F2 bolt engine. The threats are auto-cocking, saving you time on the field. This gun is fully equipped with four shooting modes — fully or semi-automatic, 3 shot burst, or a PSP ramp shot.

Users rank this gun 4.1 out of 5 stars due to its sheer effectiveness and reliability. The eye system has an anti-chop feature and the lower pressure operation ensures consistent firing at a reliable and effective speed. Although this gun is solid and extremely reliable, it does require some adjustments right out of the box. Some owners do not appreciate the amount of setting changes they have to make right out of the box for the price range. 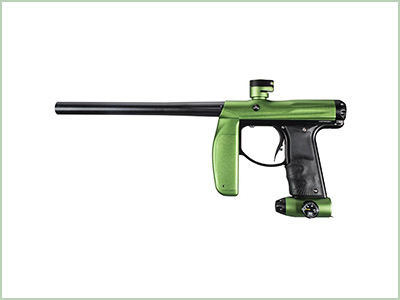 The Axe Marker by Empire comes in on the top of the price range, but its unique assembly system makes it stand out from the competition. The push button bolt removal system allows you to maintain this gun easier than ever. The new color scheme was developed in 2016, with an extended grip frame and new grip design that ensures a more comfortable hold.

Users rate this gun at 4.5 out of 5 stars simply because it is reliable and user-friendly. Not only is it easier to maintain, but there are numerous firing modes and an easy-to-remove tank. Some users found that programming this gun was a bit more difficult than others, but it is definitely worth the effort.

You can read more about the Axe Marker in our extended Empire Axe review. 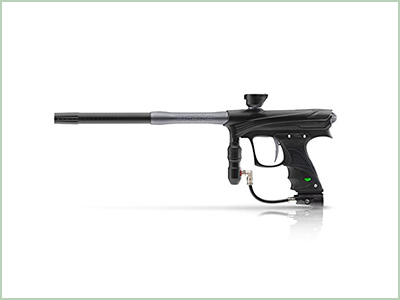 The Proto Rize MaXXed marker by Dye is rated 4.6 stars by users for a reason. This gun has a patented designed that makes it tournament ready with 4 different firing modes. The hourglass grip frame allows you to carry the gun comfortably with a solid hold. This gun has all the features Dye is known for, with its fuzion bolt spool valve technology, adjustable clamping feed neck, and the on and off switch for the airport.

This gun is solid and reliable, and one of the quietest on the field. A lot of people prefer thicker grips and feel the gun does not have a high-end appearance. 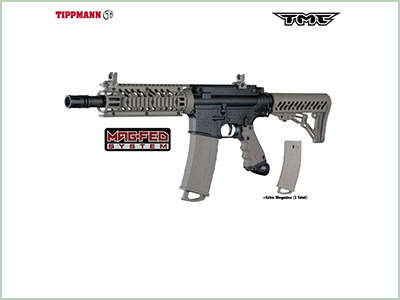 The TMC MAGFED marker by Tippmann features all of the latest technology Tippmann guns provide. Rated at 4.6, this gun has an authentic AR-style look finished with carbine for an ultra-realistic look. This marker is full pneumatic, shooting stronger and more reliable than other less expensive models. In addition to sporting a high performing bolt system, this gun has dual feed options and a built-in 4 sided Picatinny rail.

For the price, you can’t go wrong with this one. The only downside of this gun is that it does now offer First Strike compatibility and you would need to purchase your own hopper if you choose not to use the two mags included. 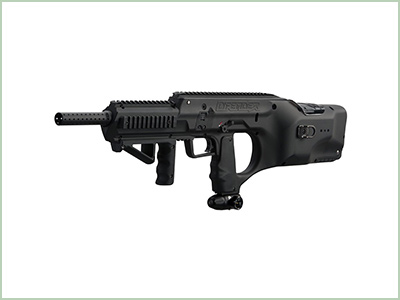 The BT Dfender by Empire is a compact tool-less gun with a battery charge and an excellent performance record. This gun has a self-calibrating loader speed sensor, ensuring the shots are consistent and even. This gun is wrapped in a magnesium shell, sure to provide excellent strength and durability without contributing much to the weight of the weapon. This gun has break beam eyes in the breech that work well at preventing ball cops on the field.

This gun is ranked at 4.7 out of 5 stars by users due to its extremely lightweight characteristics, fast speed, and incredible accuracy in the shots. This gun comes at a price, which is often a setback for some.

Without a doubt, this list covers the best speedball guns available on the market. We believe the BT Dfender by Empire comes in at the best-ranked gun due to its reliable and compact design. This gun will cost you, but its performance makes it definitely worth it.