While paintball can be an expensive hobby, there are many ways to play on a tight budget. This first step is finding a budget-friendly gun that will make you a force to be reckoned with. In this article, we will cover the seven best paintball guns under $200.

Our rankings are based on three criteria: usability, user ratings and overall quality. Each gun on this list has specific strengths, and we will take a look at details like customization options and more. These guns prove that low price does not equal low quality. 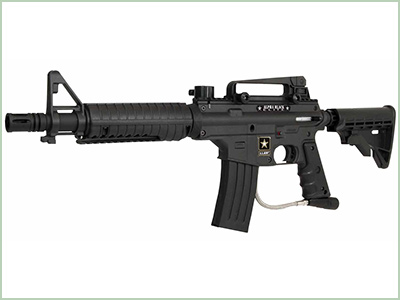 The US Army Alpha Elite is designed to look and feel like a military issued M-16 rifle. Its sleek look is reminiscent of guns that appear in much higher price brackets.

Designed by Tippmann, the Alpha Elite has an average user rating of 4.5 stars. It’s made from the durable plastics and metals that Tippmann is known for. Best of all, the gun features a rail system for after-market attachments.

The Alpha Elite performs very closely to the 98 custom — but is much more difficult to customize. Instead, its greatest asset is that it ships without the need for any immediate upgrades or add-ons. Also, this is one of very few ‘milsim’ markers for under $200. 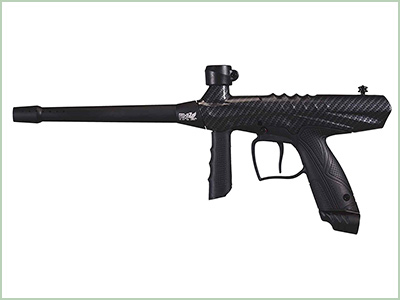 The Tippmann Gryphon provides an insane amount of value for around half our budget of $200. This is a great option for anyone looking to break into the tournament scene at an affordable price.

For tournament play, the lightweight Gryphon will have you moving across the field with agility. Its 4-star rating is a testament to the marker’s modern design and usability.

The biggest mark against the Gryphon is that it affords almost no room for customization. Out of the box, the Gryphon is already as good as it gets. Luckily, that’s still pretty good. Read our Tippmann Gryphon review if you want to know more. 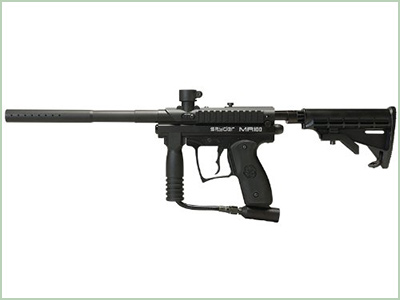 The MR100 Pro is Spyder’s answer to the Tippmann-built US Army Alpha Elite. It looks very similar, but it’s clear that Spyder wasn’t going for a 1:1 simulation of a real M-16.

As a result, the MR100 is a bit more versatile than the Alpha Elite. Its adjustable stock is completely removable which helps for tournament play. The gun also has a respectable rating of 3.5 stars, and many users praise its durability. Its biggest drawback is the poor stock barrel it ships with.

The MR100 leaves the door open for customization as much as a $100 dollar marker can. With rails on its side, there’s plenty of room for after-market attachments. 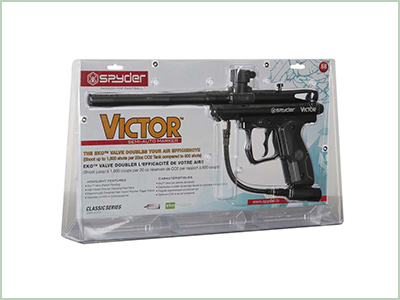 For many years, the Spyder Victor has been considered the go-to marker for getting started in paintball. At $60, this is the absolute cheapest option on the list.

Like the MR100, this Spyder marker has a respectable rating of 3.5 stars. Perhaps its greatest attribute is simplicity; the Victor offers no options for customization, but it’s one of the easiest markers to get up and running out of the box.

Even at its price point, the Victor is made from the same materials as other Spyder products. It’s also considered a more reliable entry-level marker than the Spyder Fenix. If you are curios about the Spyder Victor, you can read our full Spyder Victor review for details. 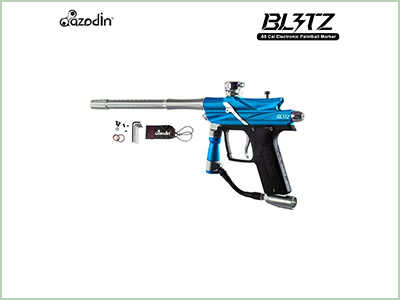 The Azodin Blitz 3 is the first marker on this list that pushes towards the upper limits of our $200 budget. It features a very sleek design and a wide range of customization options.

This is another gun that clocks in at a user rating of 3.5 stars. Many user reviews point out this gun’s biggest strength: it’s a great stepping stone into the world on electric markers. It’s easily one of the lowest cost electric markers and is easier to clean than the average electric device.

That said, some users have reported quality-of-life issues after making adjustments to individual parts of the Blitz 3. The marker requires some work but is the best electric paintball gun for under $200. 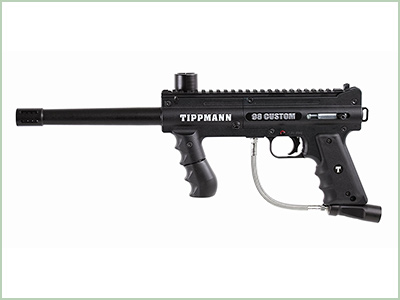 The Tippmann 98 Custom is one of the most popular markers in all of paintball — and for good reason. The 98 Custom is the gold standard for reliability and usability among budget markers.

The 98 Custom’s biggest weakness is that it’s not a good choice for tournament play. As strong as the marker is for woodsball and other recreational game types, it may require heavy modification for the high speeds of close-range tournaments. 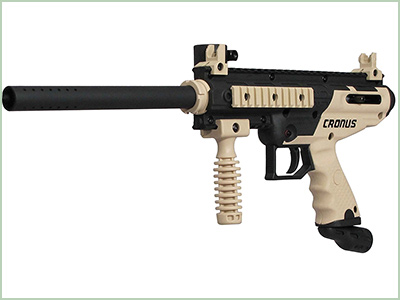 The Tippmann Cronus Tactical is the relative newcomer on this list, but it’s the best paintball gun for under $200. The Cronus has a lot in common with the 98 Custom, but it’s a very modern paintball gun that’s built for a wider range of play styles.

With a 4.5-star review, the Cronus Tactical is an absolute steal for $100. This gun features the customization options of the 98 Custom with the lightweight build of the Gryphon — but it also boasts some new features. The inner-workings of the Cronus are modernized for easier access to big modifications.

This list has covered the seven best paintball guns for under $200. Though Tippmann, Spyder and Azodin offer other markers that compete in the budget price range, the Tippmann Cronus truly separates itself from the pack. For only $100, the Cronus is the best investment a new paintballer can make.

Do you think any other guns should have been included on this list? Let us know in the comments!