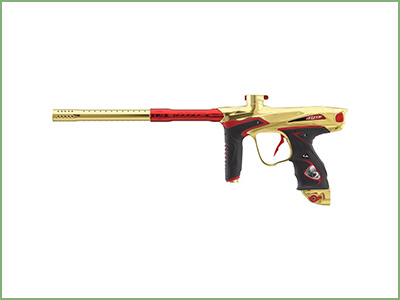 Like some of the other paintballs in the market undergoing upgrades, the DM15 model has installed the quick release bolt system. This new spec of the Dye allows the user of the gun to remove the bolt with ease for cleaning. No tools are hence required to open the gun to retrieve the tank for cleaning purposes.

This paintball gun also comes with a hyper4 regulator whose efficiency has been proven by the Dye NT11 brand. The regulator enhances the operating pressure hence improving the performance of the gun when paintballing in the field.

Some of the other features associated with the DM15 paintball gun include:

Although the price range of this paintball gun brand is a bit high compared to the other paintball guns in the market, such as those from Empire, Dye was able to make a product that gave users value for their money. It is not only suitable for the professional players but also gives the beginners an opportunity to experience paintballing with excellence.

In the next part of this Dye DM15 review, we’ll be looking at how this paintball marker feels and shoots.

Anyone who has used paintball guns from Dye can attest to how appealing the gun is. The gun is well streamlined for use in the paintballing field and the fact that it comes from Dye’s DM line makes it excellent for use. Using the DM15 paintball gun against other players gives you pride as you expect victory.

This paintball gun is fitted with a fuse bolt that functions at 145 psi reducing the recoil and allowing the bolt system to run smoothly. This makes the user’s shot accurate as is preferred for all paintball guns. The LPR, on the other hand, is controlled at 60-70 psi, which makes the gun attain a good shot in the field.

With this operating system, the DM15 paintball gun allows the player to achieve a specific shot with accuracy while at the same time giving one an opportunity to use even the most brittle paintballs. Who doesn’t want to take a perfect shot?

The Dye DM15 paintball gun is also fitted with a hyper4 regulator that gives it enough operating pressure when paintballing. This amount of pressure makes the gun reliable in the field and makes its functionality effective.

The smooth bolt cycle enabled by the presence of a fuse bolt system minimizes the recoil of the gun when paintballing. The recoil is, however, powerful enough to release the paintballs with enhanced force to be able to hit the target accurately. The LPR operating at 60-70 psi also gives the paintball gun an excellent performance since one can shoot a variety of paintballs with the gun.

The reach trigger installed in the DM15 paintball gun has improved the performance of the Dye DM line of paintball guns. This feature has helped increase the demand for the Dye paintball guns in the market.

The maintenance of the DM15 paintball gun is made easy and quick by the presence of the eye pipe that allows the players to clearly see the barrel and remove it for cleaning after use. The quick release bolt system also makes the cleaning process of this gun simple since no tools are needed to open the gun to be able to access all parts that need cleaning.

The back cap of this paintball gun is fitted with magnets that make it easy for the user to grasp the bolt surface and undo the screws for maintenance. This is actually one of the unique features that have made this gun more preferred by the players.

To be able to increase the durability of this paintball gun, however, you should consider cleaning it with a lubricant, toothbrush, warm water, squeegees, know the schematics of the gun, and have a pair of Allen keys. The manufacturer’s instruction booklet is a good start for you to know the directions for proper maintenance of the gun. Note that the gun needs to be cleaned first before re-oiling it.

Like most of the other paintball gun manufacturers, Dye has considered upgrading its DM line to suit the needs and preferences of the customers. Although the DM15 has been developed with some improved and unique features such as the quick release bolt system, it may require further upgrades so that it can be worth its high price.

Some users argue that the DM15 paintball gun is an air hog hence does not allow for proper air circulation when paintballing. Dye should, therefore, devise ways in which the gun can allow a sufficient airflow for proper pressure. This will improve the accuracy of the paintball gun.

The way the DM15 paintball gun is designed could also allow dirt to settle tiny orifice formed around the internal sleeve. Dye should try to correct this error so that cleaning and operating the gun can be made easy and efficient.

You will not be able to find a more accurate, high-performing, and efficient paintball gun in the market than the Dye DM15 paintball gun. Although the price of acquiring this gun is a bit high, we would recommend it to all levels of users since it is effective for paintballing. Its high quality and use of high standard level features make the gun unique in the market and absolutely worth its high cost.

We tried to cover the most important aspects of this gun in our Dye DM15 review. You should check out the style, model, and design of this gun to see its excellence for yourself.